Have you ever had a sinking, pit-in-your-stomach feeling of unexplainable impending doom? Have you ever looked outside on a beautiful, sunny day, and all of a sudden get a sinking feeling that the sky is about to fall?

That’s the constant reality of a person struggling with Generalized Anxiety Disorder (GAD). Accompanied with an ever-present, unprovoked feeling of stress and apprehension for no tangible reason, this disorder can greatly inhibit an individual’s life. 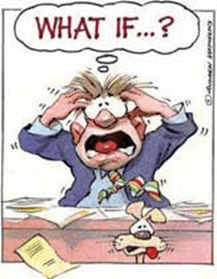 People with GAD are constantly feeling that there is calamity looming on the horizon, whether it be with mental or physical wellness, finances, family, or employment. While people with this condition are lucid and understand that their anxiety is rather irrational, they have difficulty getting rid of their overbearing worries.

These constant fears of unknown possibilities are often paired with bodily symptoms as well, such as trembling, twitching, muscle stiffness, headaches, irritability, sweating, hot flashes, lightheadedness, and shortness of breath. It is often complemented by other conditions such as depression or substance abuse. People who suffer from these constant anxieties are often fatigued and find themselves struggling to concentrate. They may also exhibit more physically inhibiting symptoms, such as nausea or an overwhelming urge to constantly go to the bathroom.

General Anxiety Disorder affects about 6.8 American adults, and it reported to be more prevalent in women than men. While it is reported to begin in childhood or adolescence, it generally crests in middle age, and declines later in life.

Present symptoms of this disorder are:

Like many other disorders, GAD is the product of both genetic and environmental factors. Those with a family history of anxiety disorders and/or recent periods of extreme stress have a higher probability of developing this condition. In addition, suffering childhood trauma or overprotective parenting can also be a triggering factor. Scientists have also noted that those afflicted tend to exhibit an interruption in the amygdala, the emotional control center of the brain, in its processing of fear and anxiety.

There are multiple treatment options to help deal with generalized anxiety. Before beginning treatments, a doctor should rule out any underlying health conditions that might present themselves as an anxiety disorder, such as thyroid disease. To handle GAD, psychotherapy and medications are usually given to deal with the presenting symptoms. The most effective form is Cognitive Behavioral Therapy, which targets the cerebral configurations and behavioral elements that incite anxiety and fear, and change the way the individual perceives and reacts to these stressors. Medication can also be useful in temporarily suppressing some of the presenting symptoms. SSRI’s (Selective Serotonin Reuptake Inhibitors) and SNRI’s (Serotonin Norepinephrine Reuptake Inhibitors) are antidepressants that target the serotonin in the brain. Anti-anxiety medications such as Benzodiazepines deliver quick alleviation of symptoms, but can cause severe lethargy and can also onset a tolerance if not monitored properly. Beta Blockers are also a medication that can be used to help those who suffer greatly with social phobias.

Anxiety has been portrayed in many avenues in entertainment throughout the years. Discussed in music, analyzed in poetry, and demonstrated in movies and television shows, it is a widespread topic. 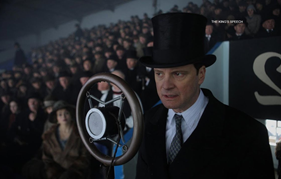 One of the best examples of life with anxiety is found in the academy award winning film “The King’s Speech.” Based on true events, the movie follows George VI of England who struggles with anxiety over his new position as king of England.

His anxiety manifests itself throughout his attempt to get accustomed with this new life. He doesn’t trust his abilities to be a good leader and feels as if he will not be able to fulfill the demands of this new position to its full capacity. In addition, the reservations and anxieties he feels present themselves largely during his speeches, as he stutters and stumbles over his words. It is an excellent film that greatly illuminates that anybody can struggle with anxiety, but also reveals a hopeful outcome as George VI is able to overcome his disquiets and perform his tasks excellently.