How To Identify Depression In Children

Everybody has felt “down in the dumps” at one point or another, but what about when that feeling of sadness and emptiness persists over an extended period of time? What about when the signs of depression manifest themselves during childhood? Childhood depression can be difficult to handle, for both the child and the parents, and if not recognized and treated correctly, it can have prolonged and even severe outcomes.
Depression is a crippling, yet treatable mental illness that is trademarked with constant feelings of sadness and/or irritability, along with a chronic lack of interest in normal activities, as well as sensations of despair and insignificance. Severe cases of this disorder can lead to thoughts or attempts of suicide. In children, it can be difficult to identify symptoms and distinguish them from normal adolescent developmental changes.

It is estimated that around 3.3% of adolescents between the ages of 13-18 years old have depressive episodes, however, most of the time, the signs are disregarded as normal emotional and psychological transitions. As the symptoms persevere, they begin to impede on social activities and interests, along with school and family life. Ignoring symptoms, or failure to identify them, can lead to severe consequences, and, according to the National Institutes of Mental Health, suicide has become the third prominent cause for death in adolescents between ages 10-24.

Developing depression can be triggered by a multitude of present factors. Sickness (such as diabetes, cancer, epilepsy, etc.) can be a major cause of depression in young people, along with stressful life events, problematic environments, family turmoil, or drug and alcohol use. Many stressors can influence the onset of depression in children.

Here are symptoms of childhood depression to be on the lookout for:

It is important that parents remain vigilant in identifying potential signs for depression in their children. While some individuals will be able to remain rather functional and seemingly normal as they battle depression, other will evidence noticeable changes in social activities, academics, and, even at times, physical appearance. Those with a personal or family history of domestic violence, alcoholism, and physical or sexual abuse exhibit a higher risk for developing depression and are at risk for attempting suicide. It is not uncommon for depression and suicidal ideation in young people to get passed off as just a phase in the growing process, however, children, even very young children, can attempt suicide. Recent data observes that girls are more at risk for attempting suicide, while boys tend be more successful in their attempts. Pursuing recreational drug use can also be an indicator of a depression induced coping mechanism.

Depression in children can be very difficult illness to deal with. While parents may not be able to recognize the signs, or may be in denial about them, it is very important that those struggling with the disorder get treatment. If symptoms associated with depression persist over two weeks, a doctor’s visit should be scheduled. While there are no medical or blood tests that can be used to make a diagnosis, mental health evaluations can make an accurate determination. If left untreated, symptoms can persist into late adulthood. For mild symptoms, psychotherapy can be very effective, but for more severe cases antidepressants may also be prescribed. If antidepressants are used to treat symptoms, close monitoring is critical as some may not experience any progress or may digress into worse symptoms, and even suicidal thoughts.

In the teen drama “The Perks of Being a Wallflower,” the life of high school freshman Charlie is illuminated upon as he tries to adjust to life after being released from a psychiatric hospital. A quiet and reserved individual, Charlie struggles with PTSD, anxiety, and depression due to a traumatic past.

He befriends two other “misfits” within his class, and his depression begins to manifest itself as he starts abusing alcohol more, and he begins fantasizing of suicide. He has close friends and appears to be living a normal teenage life, but on his own, his feelings of loneliness and depression begin to take hold. He has no strong foundation to turn to in expressing his struggles, and the movie ends with a message that depression and other mental health illnesses can have severe effects on developing young individuals if not recognized and treated properly. 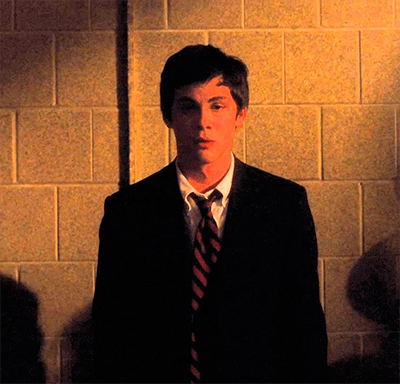